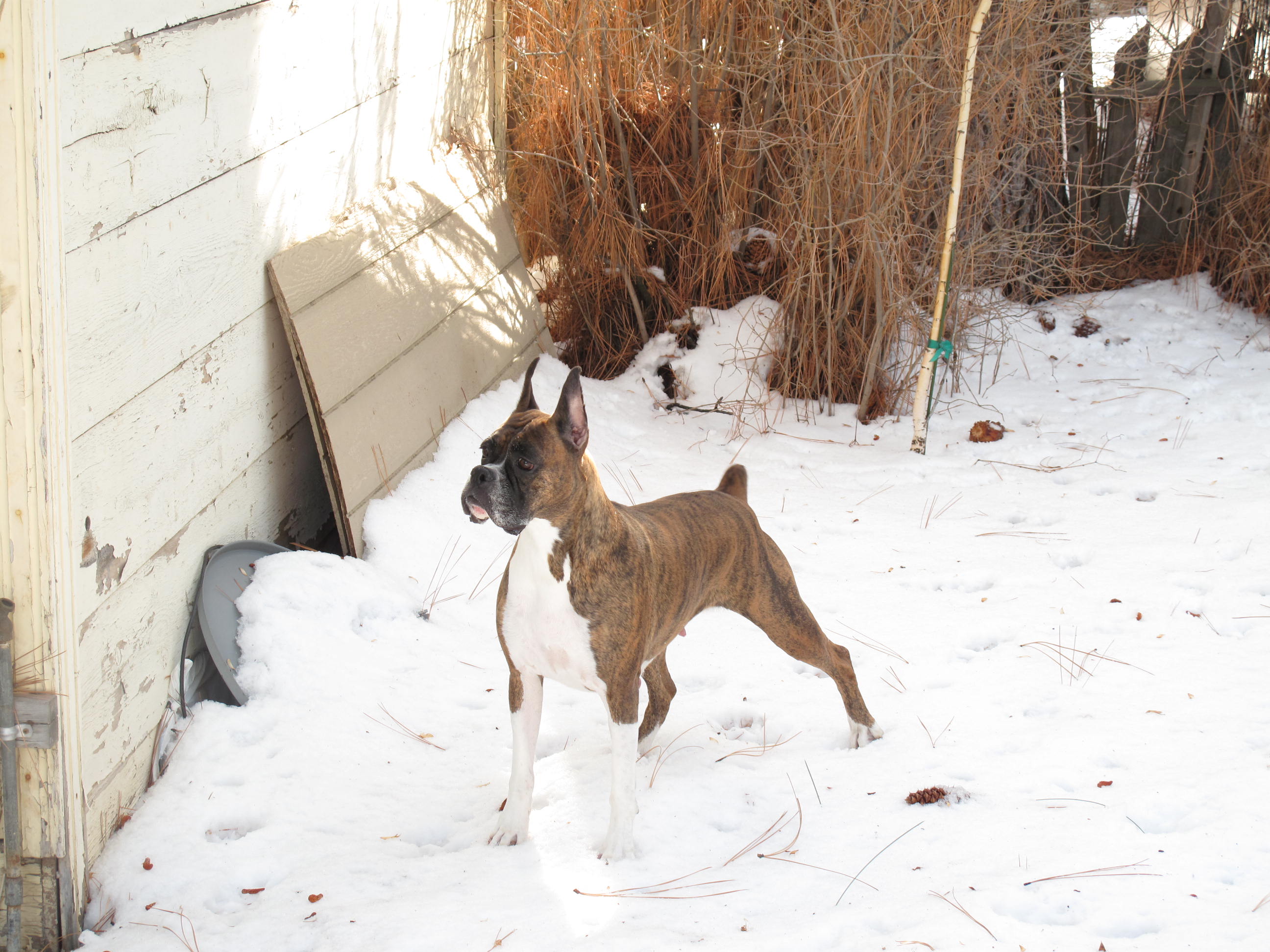 They say when you get a boxer, you can't just have one, and boy were they right.  Nikki came to us in the Spring of 2004, a sister to Cassius, from a repeat litter.  She was smaller in size, but what she lacked in stature she made up for in personality.  Nikki had attitute to spare.  She was our first forray into the conformation ring (shows), and became an AKC Champion at 20mos, and an IACBA and UKC Champion soon after that.  Nikki was mostly handled by professionals in AKC, however Katrina learned to show with Nikki.  She and Nikki went to smaller shows when she was a Champion (even garnered some BOB's), and showed in IABCA and UKC together, w/ multiple BOB's and Group Placements.  Nikki was dam to our first 2 litters, and was the best mother you could ask for.  Late Spring 2012, Nikki's health began failing,  after a few agonizing months of suffering, we worked up the courage to say goodbye.  She took with her a piece of our hearts.  RIP Nikki-Moo, we miss you to the moon and back. 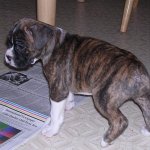 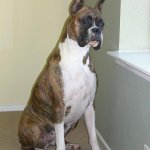 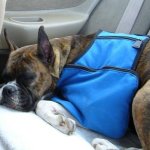 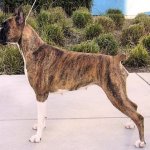 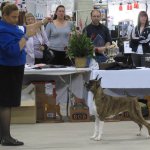 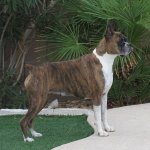 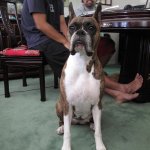 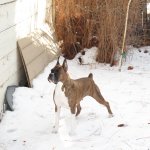 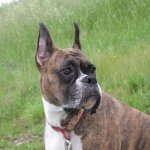 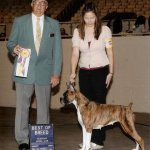 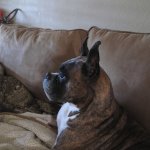 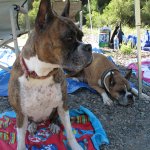